Reviews aren't verified, but Google checks for and removes fake content when it's identified
User Review - Flag as inappropriate

I read this book on a Saturday afternoon. Although I knew the basic story of Rob Smith's life the book was quite riveting. Mr. Smith is the type of person that our children should know. He was motivated from an early age to get an education. Albeit, he discovered later that an expensive education doesn't necessarily equate to the success he had envisioned. However, he was focused on what he wanted in life and he found a way to get it. He didn't let anyone or anything deter him. He stuck to his plan. Given the obstacles and prejudices that he faced it is truly an inspirational story. He is an impressive young man and his story has only begun.

A decorated Iraq War Veteran, Rob Smith served for five years in the United States Army, including two tours in the Middle East. During Operation Iraqi Freedom, he was awarded the Army Commendation Medal and the Combat Infantry Badge.

An activist in the movement to repeal the ‘Don’t Ask, Don’t Tell’ law which barred open service by gay and lesbian soldiers, he was the subject of a 2018 Daily Mail profile in which he ‘came out’ as a conservative in response to the ‘outrage culture’ of the left.

As a political commentator, he has been seen on Fox News, NBC News, CNN, HLN, and more. He has spoken about politics and current events at Yale University, Google, Deutsche Bank, Vanderbilt University, and dozens of other colleges, universities, and companies across America.

Based in New York City, he holds a Master’s Degree from Columbia University. 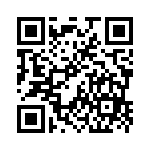