Dr Mehjabeen Abidi-Habib is a Pakistani scholar-practitioner in the field of social ecology and Senior Research Fellow at the Sustainable Development Study Centre of Government College University Lahore, and Visiting Research Associate at the Oxford University Centre for the Environment. She is
currently a member of the L'Oreal Group's International Panel of Critical Friends for their global sustainability initiative in Paris. She has international civil service experience with the United Nations in Pakistan, NGO work with the Aga Khan Rural Support Programme, and served on the Board of
LEAD International (Leadership for Environment and Development) as a UK Charity Trustee for nine years, culminating as Chair of the Board until June 2011. 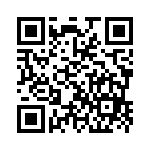